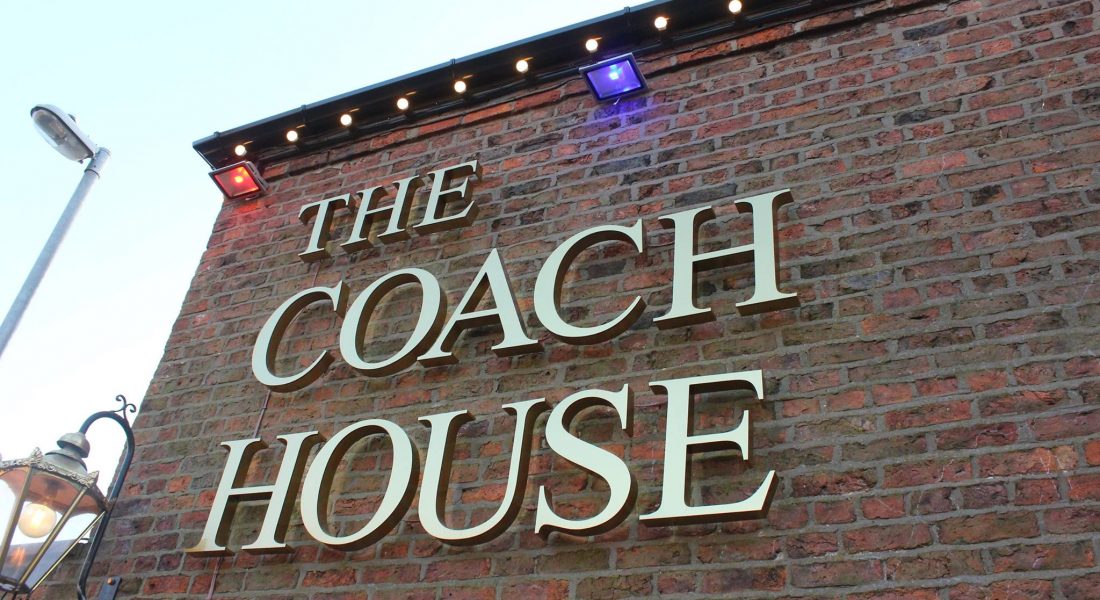 A 19th century coach house is offering visitors a glimpse into the past after it opened as a new bar in Goole.

The Coach House, which has been opened at the Lowther Hotel, has been described as an “oldie worldie” bar, and was officially opened at a VIP event held on Thursday December 15th.

Goole’s latest bar is set across two storeys, with a rustic yet modern feel, and also includes an outdoor area.

It is the latest venue to open in the Aire Street Collection, and is the brainchild of owners Howard and Julie Duckworth.

Speaking at the launch event, Mrs Duckworth said: “We have been trying for a long time to get the money for the extension. We had a family discussion and the suggestion came up that we turn this into a different sort of bar. We are going to put decking in and have an open-air venue. This is the last bit of the Lowther to be renovated, and we think it is better used like this”.

Mrs Duckworth described The Coach House as being “a totally different entity” and said it was “something else to add to Aire Street.”

“You have got the Jailhouse, the Drake, Mariolina’s, the Capricorn, the Royal, the Lowther restaurant and the Macintosh – there are so many things to do down Aire Street. If that is not worth coming to then I don’t know what is.”

The new bar at the Lowther was previously a working coaching house, where carriages could be securely locked away.

The entrance to Goole’s newest bar is off Adam Street, at the side of the Lowther Hotel.

Cllr Fox said at the event “I was delighted to be asked to come here this evening. Howard and Julie may not remember, but I sat on the licensing committee for this and we were so impressed with it. We said it was time to bring things up again and I am so pleased we gave you your license. When I see what you have done I can feel the history of the place.”

Cllr Terence Smith also spoke at the event and said: “It amazes me every time when I learn more about the Lowther and the work that has gone into this place. I am proud to be the mayor of Goole and things can only get better from here. It is fab to see Goole have some pride and this place has blown me away.”

Pictures from the Opening Event:

Copyright © 2020 Julie Howard Partnership
Designed by G3 Digital
This website uses cookies to improve your experience. We'll assume you're ok with this, but you can opt-out if you wish.Accept Read More